Is it currently possible for EA Studio to data mine strategies with "X" bar(s) stops, e.g. close trade after 3 bars or 5 bars and so on?

If this feature is not presently available, is this something you can consider adding into EA Studio in the near future? I am not a programmer, so apologies if this will involve lots of work or will dramatically slow down the running of EA Studio.

I would also like to see that feature, it´s a good idea for trades that don´t work out as planned and stop them from going to SL if opened to long.

We have such feater in FSB Pro.
It is implemented in an indicator named "N bars exit".

The problem is that we do not know when the "N bars" happen. The implementation in FSB Pro is a little bit hacky.

It can be done of course. I'll have it in mind.

I made a screenshot for the N Bars exit indicator and save it locally as "n-bars-exit.png". Then I decided that if someday I made such an indicator for EA Studio I have to name the screenshot with some other name. So I renamed the current one to "fsb-pro-n-bars-exit.png". After that I tried to upload it in I'm my image holding service, but surprisingly, it warned me that such a file already exists. I was curious what the file was and check it. Here is what appeared.

The screenshot I made and named now: 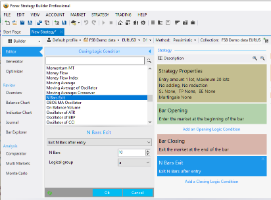 The screenshot I was made, named and forgotten years ago: 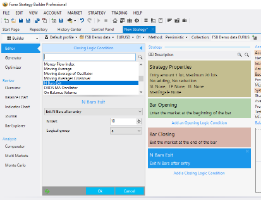 Consistency, consistency...
Then tell me for the free will