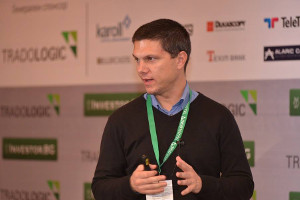 It started back in 1995 when I got a job as FX dealer just after graduated from the university. I spent one week at the FX desk in bank's. There I saw for the first time Reuters terminal, candlesticks charts, technical indicators, central bank intervention, etc. Now you can find a lot of web sites, books and videos on trading, but back then it was almost impossible. The local stock market got a boost from the mass privatization and I changed the markets. Over-regulation killed the stock market and me and a friend decided to trade commodities futures. We learned more about the technical analysis and thought that is all we need to become successful traders. Now I can tell you that we were totally wrong and this is one of the greatest mistakes of the rookie traders. Commodities futures were not our market and in 2001 I opened my first forex account. The competition among brokers was higher and they tried to ease the access to the forex market. My first FX account increased 60% for just two weeks, but 3 months later it was gone. Pretty normal at the early stages of the trading career. My next account was almost wiped out, but I managed to save it with some refunding and improved trading.

Trading was much easier during the first year of the new millennium. Almost everything you read about in the books was working pretty well. You could trade breakouts of chart patterns, candlesticks reversal, etc. Major market players had strict working schedule. EUR/USD was trending well, and all you have to do was to learn this schedule and trade the trend. Easy isn't it? Almost everyday there was a false price move against the trend almost half an hour after Frankfurt dealers came to work. Then after their colleagues from London started the day, the price broke in the direction of the trend. Every pullback was providing nice set ups. My favorite strategies were the London open break out, patterns breakouts and reversal candlesticks near the Bollinger bands. A had also a very special strategy that was based on the big guys activities. It is similar to the London close trade strategy. The basic idea is closing of huge positions for some reason. When there was a trend, during the early European session were established large position in one direction. Around 1:00 PM London time the US traders are coming and there is some risk in which direction they will drive the market. European traders had some profits and usually decided to book some of them. In order to find liquidity they initiated a new leg in the direction of the trend often posting new high or low. This price move usually happened half an hour before New York open around 12:30 London time. Predictable price moves based on the order flows provide the best trading set ups. The rules of the strategy were pretty simple. Wait for a new high or low and fake it with a small stop.

Before 2006, monetary policies of the central banks were not so easier to predict and the HFTs were not the kings of the market. It was the perfect time for news trading. Seconds before the news is released, just place buy stop above the current price and sell stop below. The initial price move was usually 20+ pips. These were the easiest money you can make in trading. I see that some traders are trying to do the same these days. Unfortunately the initial reaction is much smaller than before and HFTs are messing all up. News releases and other major events could be traded with options but this is another topic.

In 2006 I faced the most severe problem a trader can have - boredom. As a novice trader I've never imagined that this could ever be a problem. When training traders I always try to prepare them for this. The solution for me was to make some change. A job advertisement for the position of Risk manager caught my attention. The company was pretty big for the local standards and was one of the largest exporters of raw materials. They were hedging the price and currency risks. This job gave me the opportunity to learn a lot about the FX and commodities options. Also, I could look at the market from a different point of view. The individual traders always have some problem with the discipline. But if you work for a bank, fund, or a company, your approach to the markets is much different. You learn to look not only at the charts, but pay attention also to the market fundamentals, correlations with other markets, etc. I worked as risk manager from the summer of 2006 to the autumn of 2009. This is the time period when you can learn a lot about hedging and the financial markets. The world financial crisis of 2008 was a very good teacher. I can proudly say that the company I worked for, had probably one of the best hedging portfolios in the summer of 2008. At least in the industry. Most of the biggest companies didn't hedge at all, because their shareholders wanted full exposure to the prices of the commodities.

What I learned from my experience as risk manager? People that manage the money of the large funds, banks and other big market players, and they are interested only to receive bigger bonus. Their bonuses depend on the profit they make. They make profits when the market is moving in one direction. It is not necessary the market direction to be in accordance with the fundamentals. Moreover, the fundamentals could be interpreted in different ways. You can always explain why a price move happened in a hindsight. Unfortunately, nobody can change the market realities. What we can do is to find a way to cope with them. The way I found are the options. You can trade everything with options. Options prices reveal much more information than most traders can imagine. With options you can trade not only the price, but also volatility and time. This is much easier as you can see from my books.

When I quit the job of a risk manager I returned to trading. With the new experience it was much easier for me to understand what happens at the markets. I didn't wonder why the EUR/USD is going up while the Greece has problems with its debt. The Asian sovereigns were taking the center stage and I just tried to figure out how they are trading. It was pretty simple. They were buying or selling the pullbacks. What I had to do was just to find a way to follow them. That is why my trading system STE was designed. The idea is to open a position long before the other traders. Entry is always at pullback towards the EMA in the direction of the trend. Position is always closed in 3 parts. Price moves are not as clear as they used to be and this issue could be addressed by active position management.

FX dealing desks at the banks are the places where you can learn a lot about the market. If you are individual trader you can not be aware of the role that FX derivatives play. According to the latest BIS survey, daily volume of the spot transactions is $2.046 tn., while the volume of the FX swaps $2.228 tn. It is not possible the larger part of the FX market not to influence the other segments. When I was a dealer I witnessed another financial crisis. This time it as about the debt of some EU countries. Strange correlation between my career and financial crises. The forward points were moving very actively and I came to the conclusion that they are better indicator for the currency pair fundamentals. Interest rate differential show only the expectations of the future of the monetary policy of the central banks and the demand for bonds of the different countries. The forward points are calculated on the basis of the interest rates but they show also the demand for a currency through FX swaps. Thus they could be used as an indicator for the fundamentals of the currency pairs. Even if you don't know anything about macroeconomics you can watch the forward points. The principle is very simple. If the forward points are declining the base currency should appreciate. If the forward points are going up, the quoted currency is in demand.

Now I can say that my combined experience as individual trader, risk manager and FX dealer helped me to survive the turbulence of the financial markets. Individual traders cannot fully understand the true principals of functioning of the markets. Bank dealers don't know what it is to trade with your own money. Risk managers have access valuable sources of knowledge and information. They also can have unbiased approach towards the financial markets. You have e budget to hedge regardless what happens with the underlying asset. Let me summarize what I have learned from my experience and what I think is crucial for everyone to become a trader: