Standard deviation is calculated by the following formula:

μ is the average (mean) of the time series 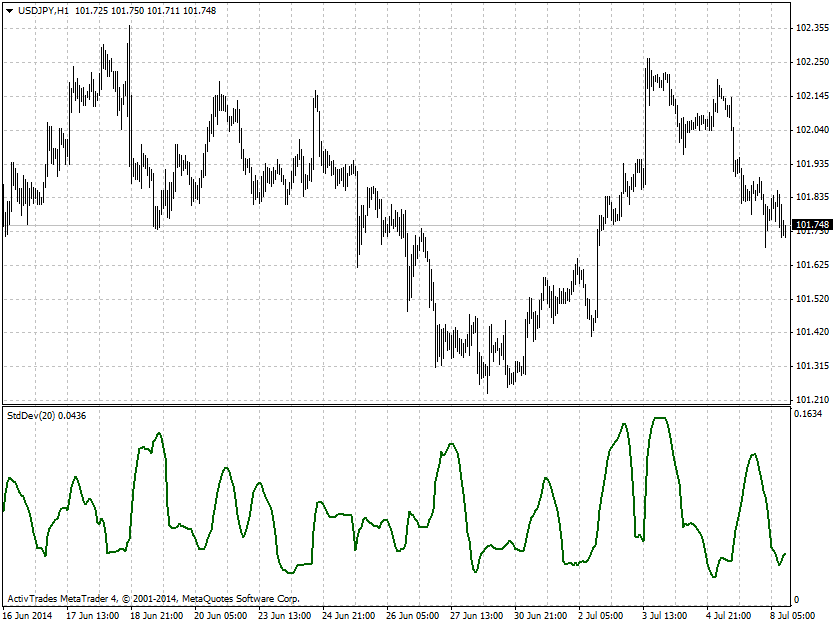