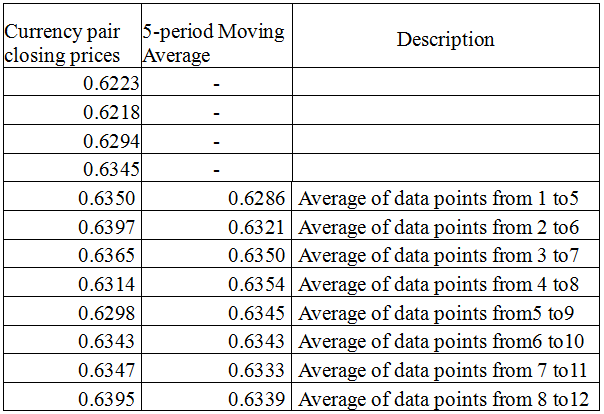 In trading, the moving averages are used mainly for determination of the presence and direction of the trend or as dynamic levels of support and resistance. To determine the trend we can use a trend line drawn through swing highs (for downtrend) or swing lows (in an uptrend). These lines, however, are static and if you use them you will miss a lot of price reversals, which are not on the trend lines. To avoid this disadvantage, it is much better to use dynamic trend lines such as the moving averages (see the chart below). They could follow the price depending on the selected period and the method of averaging and provide more or fewer signals.